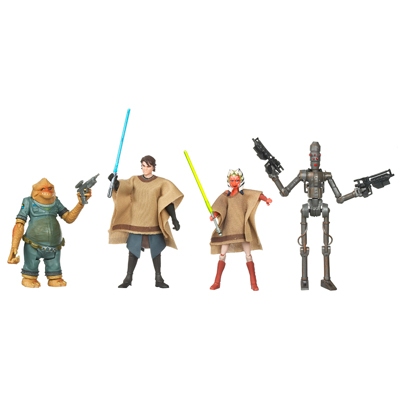 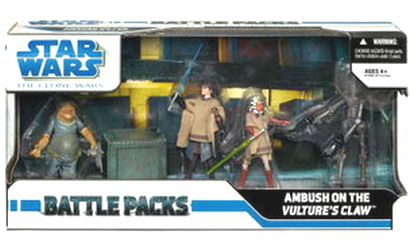 
SOLD OUT
Star Wars The Clone Wars Battle Packs – Ambush on the Vulture’s ClawR2-D2 is lost during a space battle, and Anakin is determined to find him. The Jedi spots a Trandoshan scavenger ship
เหลือ 99 ชิ้น
ซื้อเลย
หยิบลงตะกร้า

R2-D2 is lost during a space battle, and Anakin is determined to find him. The Jedi spots a Trandoshan scavenger ship near the debri field, but the ship�s shady operator, Gha Nachkt, denies finding an R2 unit. Anankin and his Padawan Ahsoka encounter plenty of deception and danger as they search the salvage vessel for Artoo.

Gha Nachkt: The Trandoshan trader secretly makes a deal with General Grievous to deliver R2-D2. Anakin Skywalker: Anakin wears a rough poncho to hide his identity as a Jedi from the Trandoshan trader. Ahsoka Tano: Because the Trandoshan distrusts the Jedi, Ahsoka wears a poncho to conceal her identity. IG-86 Assassin Droid: An assassin droid�activated by Anankin�s new R2 unit�attacks Anakin and Ahsoka.

Head into battle � intergalactic-style! Add these detailed action figures to your collection and recreate exciting battle scenes and your favorite Star Wars movie moments! Armed with weapons, these Jedi figures are ready for a fight, so pit them against the two enemy figures and decide who�ll win. It�s galactic fun that�s limited only by your own imagination!

Includes Gha Nachkt, Anakin Skywalker, Ahskoka Tano and IG-86 Assasin Droid with lightsaber and other weapon accessories. Ages 4 and up. 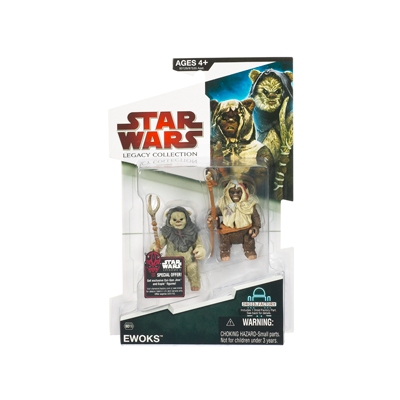 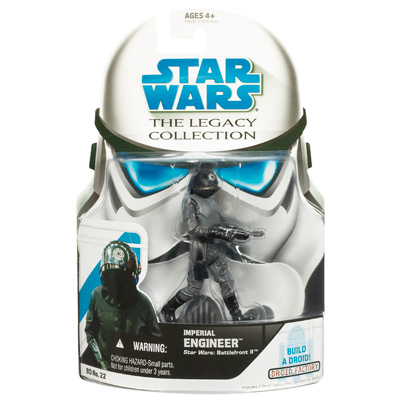 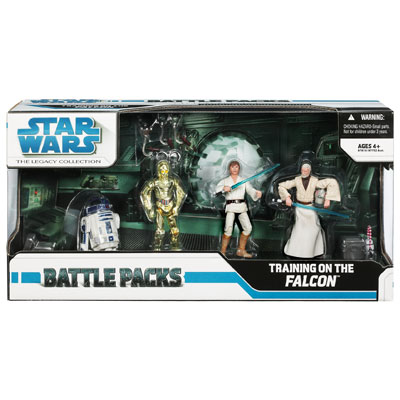 Star Wars The Legacy Collection Battle Packs: Training on the Falcon
SOLD OUT 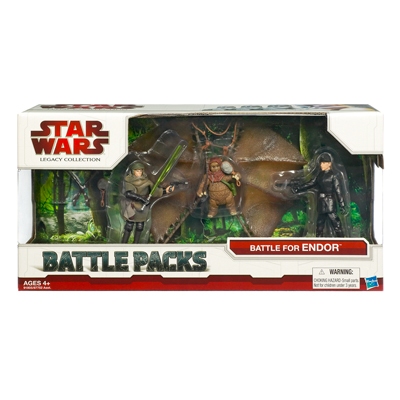